‘Coloured feathers appear on the right side of a dark, huge room, this is the first thing I can see.
On my left the wrappers of the candy, that are filling a sink, are shining.
I walk through the space like it was a different, parallel universe.
Some deep, sweet music is playing in a secret, small wooden home.
In the end, a million coloured bright lights. So tiny, so magical.’
— Francesca D’Aria’s experience of Hidden Structure, 2013 at Minerva Works

Artists and writers Ayo & Oni Oshodi launch the second edition of their zine Slain by the Cruel Blade of Postmodernity, in association with Grand Union. In keeping with their enigmatic appearances, the publication is a playfully cryptic assembly of autobiographical references and appropriated material. This edition explores ritual, from the personal and domestic to the social and public. Each copy will include a handwritten password, which allows access to their site-specific installation in Minerva Works.

Their new work Hidden Structure (2013) will involve Ayo & Oni assembling a child-like shelter from the bric-a-brac in the Minerva Works unit they were offered. This improvised hideaway will be built in the days leading up to the fete. After the fete, the structure will be disassembled to its constituent parts. Before and after photographs may be circulated… but only those present on the day will see the den itself.

This event is kindly supported by Arts Council England. 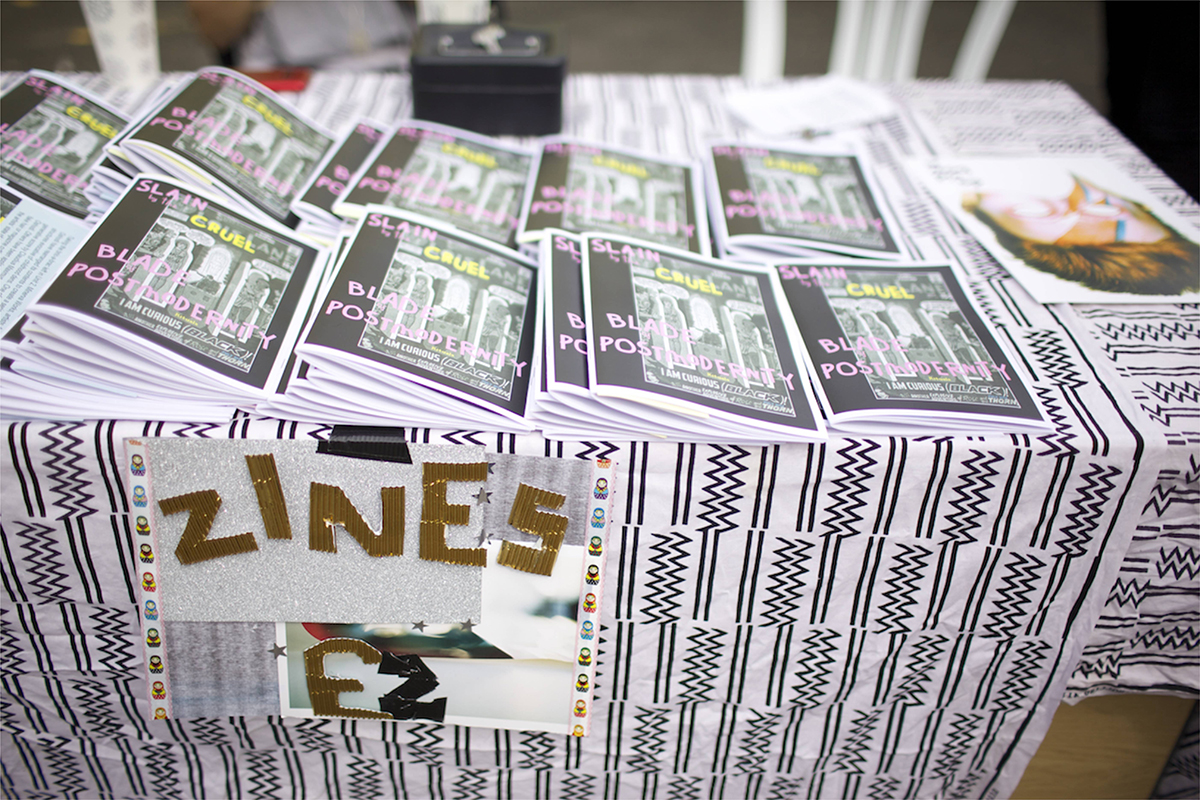 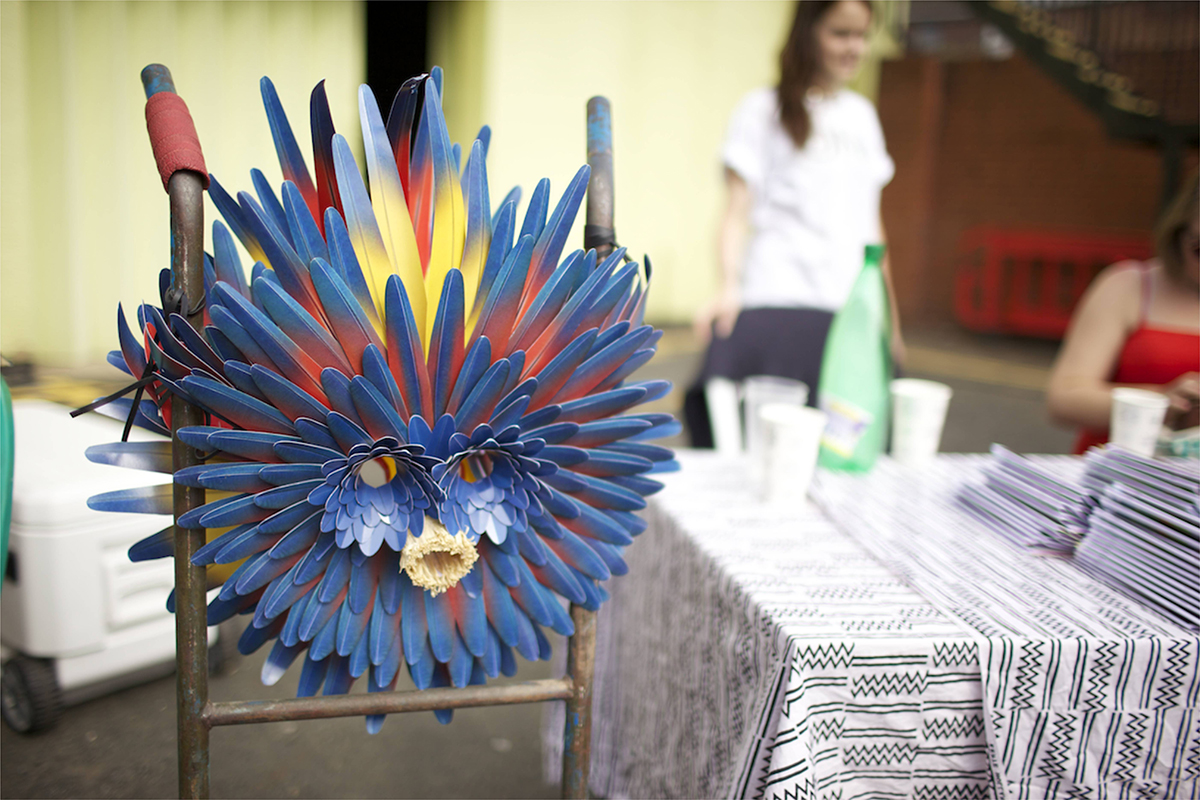