A selection of things we have written 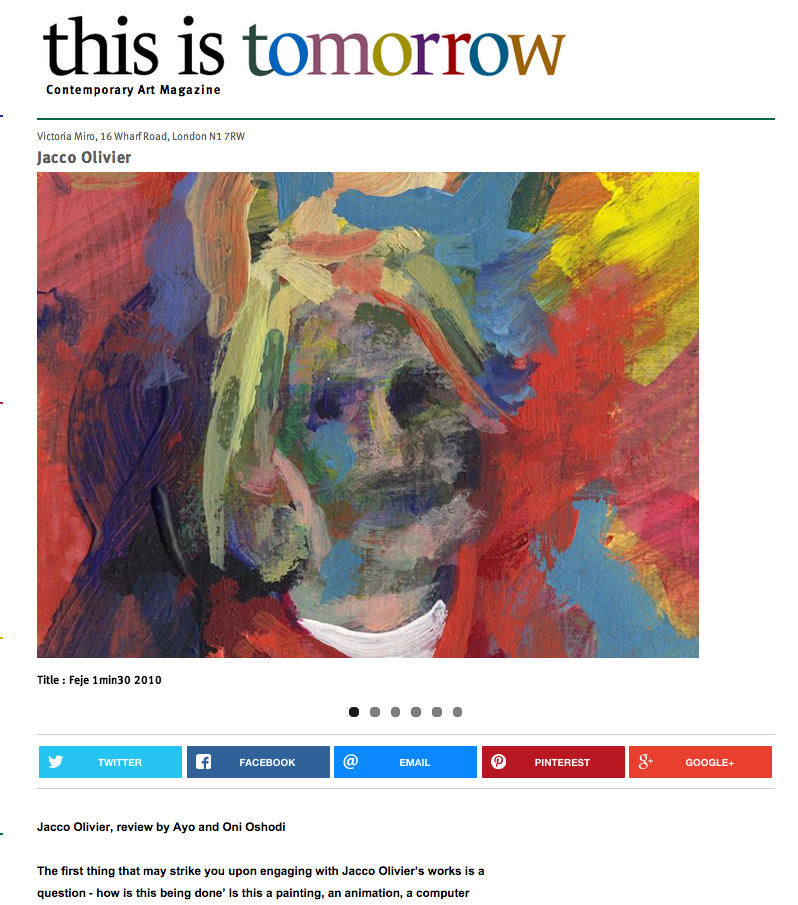 To appear twice, you must disappear once, 2007

An interview with They Are Here, 2007

In November 2006, we wrote to the collective They Are Here after seeing a work in progress at Battersea Arts Centre that same month called ‘The Twins (1)’. We were too shy to meet us in person, but had made some very perceptive comments about the work and left our Myspace addresses www.myspace.com/ayoyoueverything and www.myspace.com/iamtheoneandoni. They were excited to learn that we are identical twins and writers. Eventually we revealed we hoped to interview They Are Here for a research project…

Ayo: Who are you?

Helen: We call ourselves ‘They Are Here’

Ayo: What are you?

Joe: Well… we’re a multi-disciplinary collective based in London.

Ayo: You don’t get many collectives working in visual arts?

Harun: True…but we don’t work in a single type of place, we’ve worked in theatres, galleries, online, in the streets. We’ll work anywhere, we’re more interested in responding sensitively to the site than being in one place in a particular type of institution or space. We’re trespassers!

Oni: So what are your different backgrounds?

Ayo: I definitely recognise that from ‘The Twins (1)’ performance at BAC in November 2006. The most striking thing for me was how the media were used.

Oni: I see… was part of the criteria of each minute the audience having to do something?

Helen: It wasn’t a criteria – you could do what you wanted within that time. However, there is often a live performative element to our work, demanding your presence and engagement for its activation or realisation. Every cycle, for example, two films would play simultaneously. On two TVs you saw identical twins doing different things in response to identical soundtracks. You wanted to compare them but could only watch one or the other properly. Although you could hear both, you had to actively make choices about where you were.

Anne: That was helped by the way we divided the space in half with plastic streamers. A semi-permeable wall. Were you in one space or two? What does it mean to stand in the middle, to not choose or to choose to be both?

Ayo: That’s interesting because it touches on the nature of being a twin, are you one person divided or two individuals? That’s something we think about a lot obviously.

Oni: So why twins in the first place – none of you are twins are you?

Joe: No we’re not. We started with a biography called ‘The Silent Twins’ by Marjorie Wallace published in 1986. It’s a true story about two identical twin sisters called June and Jennifer Gibbons. They refused to speak to anyone, they developed their own intricate codes of behaviour and they increasingly rejected social norms and began a wave of petit crimes. They were eventually sentenced to Broadmoor. Jennifer died inside aged 33. June is still alive. You should read it.

Ayo: I’ve got a copy, just started reading it.

Helen: I’d love to hear what you think.

Harun: ‘The Silent Twins’ was only a point of departure for a long-term research project. We are more interested in the themes of the story than its actual contents.

Helen: But there is overlay, you can’t separate them.

Harun: True, but I think the point was more about our reaction to the story – not the story itself – we are sharing our response to another work of art and presenting that response as art. We are definitely not adapting the story, theatricalising it.

Anne: The book is a doorway to exploring other themes like uniqueness, twinship, identity,

Harun: the need and failure to communicate – the everyday tragedy of that.

Ayo: So what’s next?

Joe: We’ve constructed two virtual twin personas on Myspace. The basis of these online personas has emerged from non-fictional scenarios we have engineered and documented, fused with our own fictional back-story and echoes of ‘The Silent Twins’.

Helen: Through the virtual twins we seek to explore and re-negotiate assumed ideas about narrative and ‘the telling of a story’, encouraging slippage between real and fictive worlds, since our twins will engage with the world in both material and virtual environments. These personas act as a platform from which to launch subsequent research projects. In the fictional back-story our twins have written a screenplay – there’s going to be a film promo party ‘Injured party’ for the girls at Battersea Arts Centre on the 19th May. That’s going to be really challenging – how will the girls be present?!

Harun: Then we’re doing something at Man & Eve Gallery in October 2007. The working title is ‘To appear twice, you must disappear once’. It’s a gallery in Kennington, a beautiful Georgian house.

Helen: We want to acknowledge it’s a gallery that also functions as the owner’s home. A place with overlaid narratives and dual existences before we even enter.

Anne: June and Jennifer Gibbons created these elaborate fantasy worlds for their dolls.

We want to explore elements of that at Man & Eve.

Oni: Sounds exciting – funny, we’re writing a film script at the moment too, would you take a look?

Joe: Sure we’d love too, when we find time!

Ayo: We better wrap up for now, oh… one thing what are the girls’ names? We want to check them out on Myspace…